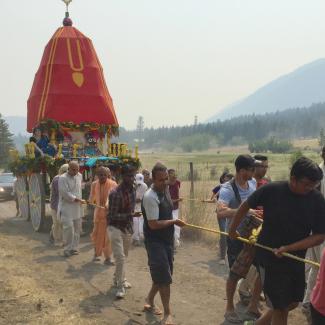 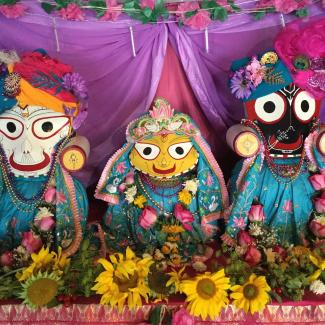 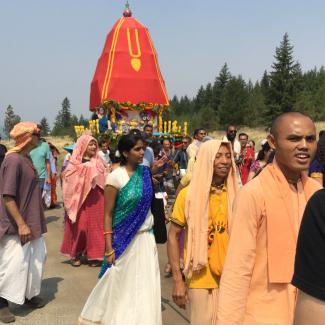 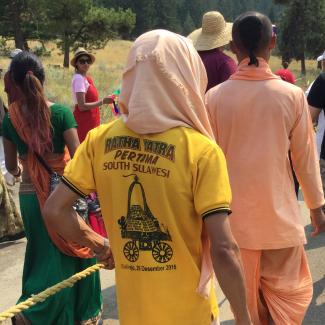 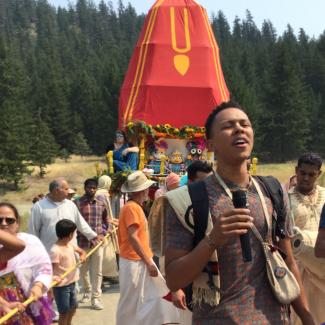 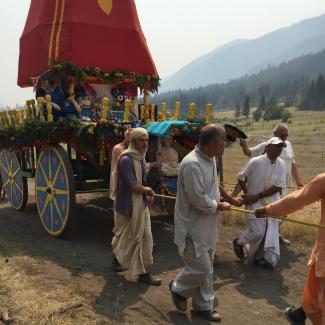 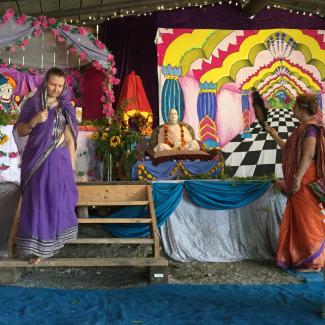 Saranagati Rathayatra filled the air with kirtan this weekend.  Despite the smoky air and threats of fires closing the highways, devotees from Calgary and Vancouver came.

The word "yatra" means journey, or tour. For Lord Jagannatha's ratha yatra, the means of transport for Lord Jagannatha, Balarama and Subhardra is by way of chariot, or 'car'. This chariot vehicle is known as "ratha".

Those who have the good fortune to view the Jagannatha deities, or who help to pull the chariots along on their ropes, are benedicted by the Lord during the ratha yatra parade.

Srila Prabhupada very simply explained the meaning of Ratha Yatra. He said that Ratha Yatra is the meditation on bringing Krishna back into our hearts. 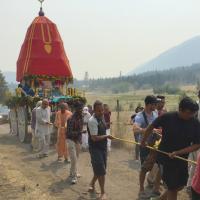 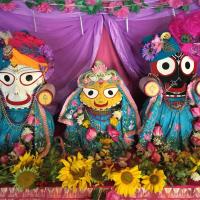 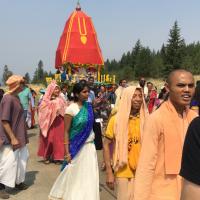 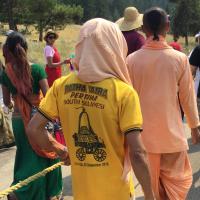 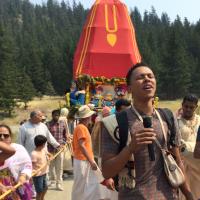 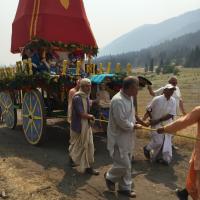